5 minutes with Australia’s Young Women of Influence | Emily Scott, Out for Australia 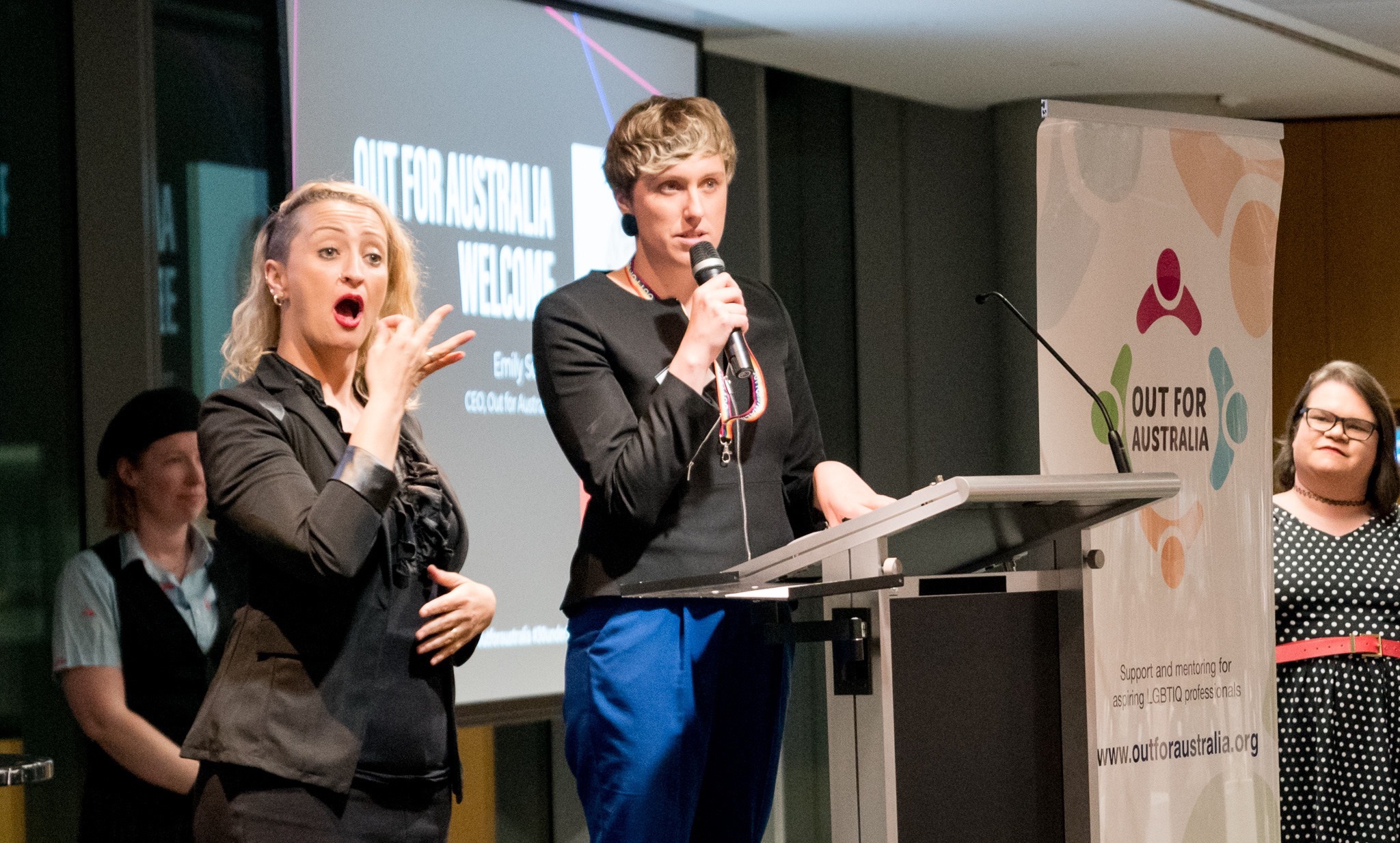 5 minutes with Australia’s Young Women of Influence | Emily Scott, Out for Australia

Each year the Australian Financial Review presents the leading Women of Influence in Australia’s culture, economy, law, politics and society. This year more than 10 young women were named in the list. We wanted to find out who they are, how their work influences and relates to young people’s experiences of employment and transitions, and what visions they hold of young people’s futures in Australia.

Emily Scott | CEO of Out for Australia

What do you think is the most important issue for young people in Australia face today?

In my arena, the most important issue for young LGBTIQ people is simply being accepted, valued, treated equally, loved and seen for who they are.

Why do you think this is an important issue for young people?

Being seen and accepted is such a core, fundamental need that everyone has the right to. It can completely shatter or make magical the lives of young people. It’s impossible to move through the world in a body that people won’t accept or an identity that people are trying to take away.

How does your work impact young people and their futures?

Despite advances in LGBTIQ inclusion, only 28% of young LGBTIQ people are out to everyone with whom they work. Out for Australia provides mentors, role models and other support for young LGBTIQ people to give them the confidence to thrive in the workplace.

In your own life, what ideas or experiences have you found most influential in developing skills for the work you do?

Experiencing deliberating anxiety, depression and an eating disorder for several years at university threw my life upside down. It also taught me what’s important and what’s irrelevant in life, and to always be trying to reach those that are suffering in silence.

Looking towards the future, what would you keep, change and create to make education or workplaces better, fairer or more relevant for future generations?

Keep – the focus. Just because marriage equality was achieved doesn’t mean the fight is over.

Change – traditional and hetero normative views of professionalism that prevent queer people succeeding in all types of workplaces.

Create – a stronger base of allies who are willing to learn and stand up for those facing additional barriers including but not limited to trans and gender diverse people, First Nations people, LGBTIQ people with a disability, LGBTIQ people of colour and LGBTIQ people from culturally diverse backgrounds.

What Future? Inquiry into Youth Employment and Transitions