The National Youth Commission Australia (NYCA) is supported by a number of Patrons who are all prominent Australians with an interest in the issues which will be explored by the Inquiry. 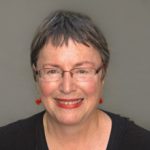 Professor Rhonda Galbally AO is a member of the NDIA Board and Principal Member of NDIA’s Independent Advisory Council.

Professor Galbally has made a number of contributions to Australian and international social development, particularly for people with disability. From 2008-2013, Professor Galbally was the Chair of the National People with Disabilities and Carer Council. She was also a member of the former National Disability Insurance Scheme Advisory Group.

Professor Galbally founded the Victorian Health Promotion Foundation (VicHealth) and the Australian International Health Institute, now the Nossal Institute. She was also the founding CEO of the Australian Commission for the Future and the Executive Director of the Myer Foundation and Sidney Myer Foundation, Chair of Philanthropy Australia and Chair of the Royal Women’s Hospital.

Professor Brian Howe is currently a Professorial Fellow at The Centre for Public Policy, the University of Melbourne. He is a prominent public intellectual whose career includes a number of years as a member of the Australian Parliament. He served as Deputy Prime Minister of Australia and deputy leader of the Labor Party from 1991 to 1995, under Prime Minister Bob Hawke and Paul Keating.  He was a government minister continuously from 1983 to 1996, and a member of the House of Representatives from 1977 to 1996.

He is interested in a range of social policy issues including employment, vocational education, ageing and social housing. Amongst his many areas of involvement Professor Howe is the Deputy Chairperson of the John Cain Foundation – a think tank for social democracy. 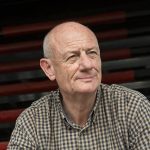 Rev Tim Costello is one of Australia’s most respected community leaders and a sought after voice on social justice issues, leadership and ethics.

For 13 years until October 2016, Tim was Chief Executive of World Vision Australia (WVA). In his current role as WVA’s Chief Advocate, Tim continues to place the challenges of global poverty on the national agenda.  In addition to this position he is the Executive Director of Micah Australia.

He is the Chair of the Community Council of Australia; member of the Multi-Stakeholder Steering Committee of the EU-Australia Leadership Forum; member of the SBS Community Advisory Committee: Chief Advocate of the Thriving Communities Partnership; board member for the Campaign for Australian Aid; board member for the Australian National Development Index and Patron of SMSF. Tim is a founding board member and spokesperson for the Alliance for Gambling Reform, which campaigns for law reform to prevent harm from poker machine gambling. 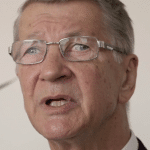 Brian Burdekin is currently Visiting Professor at the Raoul Wallenberg Institute in Sweden and Professorial Visiting Fellow at the University of New South Wales Faculty of Law. He is international advisor to many National Human Rights Commissions in Asia, Africa and Central and Eastern Europe.

From 1995 to 2003, as Special Adviser on National Institutions, Regional Arrangements and Preventive Strategies to the first three United Nations High Commissioners for Human Rights, he conducted over 200 missions to countries in Africa, Asia, Europe and Latin America where governments or civil society wanted to create an independent Human Rights Commission. In the past 25 years he has helped to establish such Commissions in over 70 countries and is generally considered to be the leading international expert on the subject.

Prior to taking up his appointment with the United Nations, Brian was, from 1986 to 1994, the first Federal Human Rights Commissioner of Australia. In this capacity he conducted major national inquiries into the systemic abuse of particularly vulnerable groups – including homeless young people, the mentally ill and people with disabilities. In 1990-91 he was one of the key figures involved in drafting the United Nations principles prescribing the essential standards for National Human Rights Commissions, subsequently adopted by the UN General Assembly and endorsed by all Member States of the U.N. in 1993. 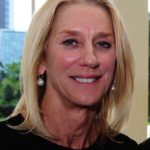 Jill Reichstein is the Chair of the Reichstein Foundation, a position she has held since 1987. In this role, Jill has been active in developing strategic partnerships and alliances towards growing progressive philanthropy as well as mentoring and resourcing new donors who are seeking to clarify their own philanthropic direction. Her involvement with social change philanthropy grew from her early involvement with the first women’s refuge in Victoria and with the community childcare movement. Jill is also Chair of the Australian Environmental Grantmakers Network and serves on the boards of the Trust for Young Australians, Igniting Change and the Australian Women Donors Network. 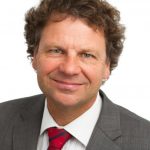 Simon McKeon is the Chancellor of Monash University and was also the 2011 Australian of the Year. He has been with the Macquarie Group in a variety of senior roles for more than 30 years, including as Executive Chairman (Melbourne office). He is currently engaged by Macquarie group as a consultant.

Simon is the Chairperson of Summer Housing which provides housing options for young people with a disability. He is also a member of the Advisory Boards of the Big Issue, Blackmagic Design and GFG Alliance Australia, owner of Liberty Onesteel.

He is Director of Spotless Group and previously served as Chairman of AMP and CSIRO and was Founding President of the Federal Governments Australian Takeovers Panel.

Simon is also Chairman of South East Melbourne, an alliance of seven Councils and Shires representing more than 1 million residents and 25% of Victoria’s GDP.

He served as Founding Chairman of MS Research Australia and Business for Millenium Development. He is also a member of the Advisory Panel to the Australian Republic Movement and was also the Chairperson of the Federal Governments Panel which in 2013 completed a Strategic Review of Health and Medical Research. 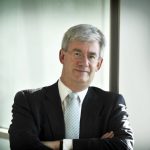 In July 2015 Saul started up his own economics consultancy business, operating out of Hobart, and in April 2016 took up a part-time position as a Vice-Chancellor’s Fellow at the University of Tasmania.

Saul is a member of the Australian Parliamentary Budget Office’s Expert Advisory Panel; and is on the Advisory Board of Jamieson Coote Bonds, a Melbourne-based specialist bond investment manager.