What is the future of enterprise bargaining at work?

Home > Employment  > What is the future of enterprise bargaining at work? 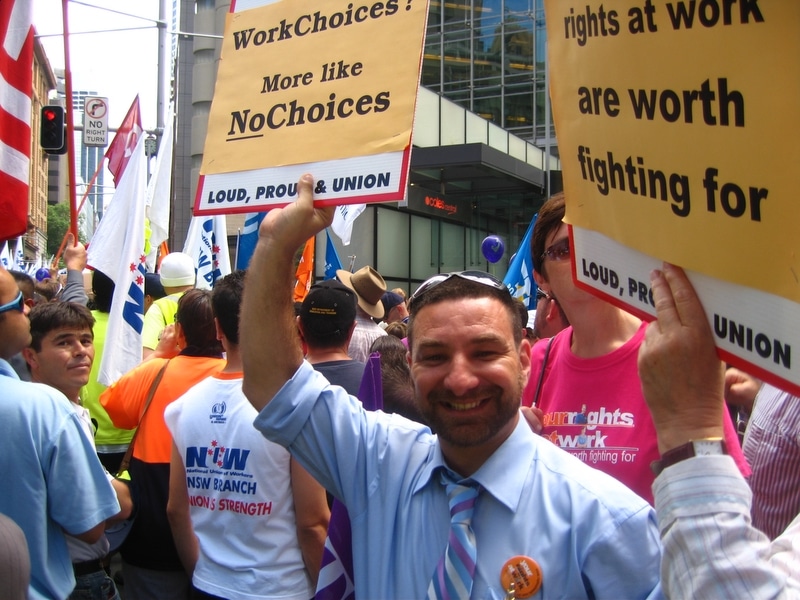 What is the future of enterprise bargaining at work?

In October this year, tens of thousands of workers around Australia joined rallies for the ACTU’s Change The Rules campaign. The campaign is demanding better working conditions and, in particular, the introduction of industry-wide bargaining. ACTU Secretary Sally McManus has said that the current arrangement, known as the enterprise bargaining system, is “failing a lot of people” and that workers need to be able to “negotiate on more equal terms with big business”.

But what is this enterprise bargaining system that the campaign is trying to change? What do you need to know about it? And does it have a role to play in the future of work?

How are wages determined?

For workers everywhere, no matter what industry or occupation, wages are the central condition of work. The standard employment relationship involves a person agreeing to provide their labour in return for payment (i.e. a wage). This all sounds simple enough but identifying the proper wage for a worker is often a complicated process involving many types of agreements (separate to the contract of employment). For young people, it is important to understand these entitlements to make sure you are being paid correctly and to be able to assert your rights to negotiate for better conditions.

The base wage which applies to most workers in Australia is the national minimum wage. As of December 2018, it is $18.93 per hour. This wage acts as a minimum entitlement, which means employers must pay workers a base rate of pay that is at least equal to this rate. The Fair Work Commission (FWC) reviews the minimum wage every year and can raise it based on various indicators (such as economic forecasts).

On top of the national minimum wage, most workers are also covered by agreements known as modern awards. These awards apply to workers in particular industries and occupations, and provide additional entitlements such as breaks, overtime, and penalty rates. For example, if you work in a restaurant or café, you might be covered under the Restaurant Industry Award 2010. The FWC reviews modern award minimum wages every year and has the ability to vary these wages.

While awards apply to workers across different workplaces, the third source of wage entitlements applies only to specific enterprises. Enterprise agreements commonly determine workers’ wages at a single business. These agreements are tailored to the particular workplace and are determined through the process of enterprise bargaining. For example, if you work at Grill’d, you might be covered by the Grill’d Enterprise Agreement 2015.

What is enterprise bargaining?

Enterprise bargaining is a process where employees negotiate collectively to make an enterprise agreement with the employer. This agreement must pass a ‘better off overall test’ so that workers are better off under the agreement than under the modern award. There are specific rules about how workers and employers have to engage in bargaining, which can be very technical. For example, bargaining representatives have a duty to bargain in good faith. There are also specific rules on what can be included in an enterprise agreement. For example, agreements can’t include terms that are discriminatory or objectionable (i.e. a term restricting workplace rights to join unions).

Often, workers that want to bargain with their employer will get their union to represent them in these negotiations. Under law, workers are entitled to be represented by a bargaining representative, which can be a union, and employers have a duty to notify workers of this right soon after bargaining begins. However, in some cases employers may not want to bargain. If this happens, workers or their representative can take the matter to the FWC.

What is the role of enterprise bargaining in the future of work?

Currently, workers are facing wage stagnation. It has been suggested that this is caused by a decline in union membership and industrial action as well as by penalty rate cuts. Enterprise agreements give workers an important opportunity to exert pressure and improve their working conditions. In workplaces covered by agreements, wage movements have been higher than in the economy more generally.

Enterprise bargaining can be key to creating more favourable agreements and has a pivotal role in the future of work. But there are limitations to the current model of enterprise bargaining. One of the arguments in the Change the Rules campaign is that enterprise bargaining often only happens between one employer and their workers. Any ‘wins’ are not mirrored in other workplaces, even in the same industry.

Another key issue that particularly affects young people is that the system of wage determinations and enterprise bargaining simply do not apply to workers in the gig economy. These workers are usually considered to be independent contractors and are not entitled to the same protections as employees. As the gig economy is disproportionately represented by young people and immigrants (two of the most vulnerable workers in the workforce), it is important to extend these benefits to cover them. Particularly as the gig economy is expected to continue growing and to place more people in precarious work.

To address the limitations of enterprise bargaining, some are advocating for industry-wide bargaining. This would allow workers to negotiate across industries instead of single workplaces. The Shadow Minister for Employment and Workplace Relations, Brendan O’Connor, commented recently in a National Press Club address that the Labor party is “examining whether there is scope to enhance the role of multi-employer bargaining”. The details of the proposed changes to the bargaining system is still unclear, however, this topic is expected to be heavily debated at Labor’s National Conference this weekend.

There is a strong possibility that multi-employer bargaining will be taken to the election next year. However, it seems unlikely that Labor will adopt the unions’ industry bargaining proposition in its entirety. Instead of such a drastic change to the industrial relations system, it is much more likely that Labor will amend sections of the Fair Work Act to remove restrictions on bargaining with multiple employers. While this will not result in as much of a boost in bargaining power as the unions would like, it will nonetheless even the playing field and help raise working conditions.

For young workers, now is the time to pay close attention to industrial relations policies. If Labor wins the next election and a revised system of enterprise bargaining is adopted, we might see some significant changes to the future of work and wages in Australia.

Addressing the fragility that comes with precarious work

Goodbye 2020 and hello to a better future for young people

What A Time To Be Alive

Rishworth Calls for a Youth Strategy, Here’s One We Prepared Earlier